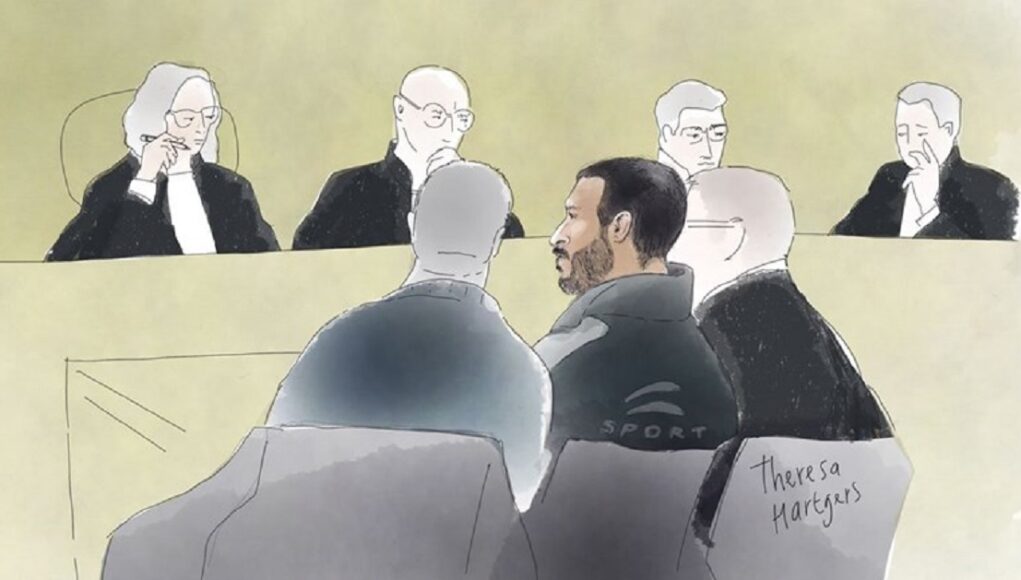 The Syrian who waved a random knife in “Naaldwijk” The Netherlands last summer with a knife, according to the Public Prosecution Service (OM) is completely ill-conceived and must be admitted to a psychiatric hospital. The 28-year-old man would have multiple mental disorders.

Suspect Alaa Al S. ended up in court in The Hague on Thursday for attempted manslaughter, attempted aggravated assault and threats.

The police arrived on August 27 on a report that a man in confused condition at the Albert Heijn in the Verdilaan ran and with a knife behind people sat.

The Syrian was then hit twice by a police officer gun and was kicked, beaten with a baton and bitten by a police dog in his arm. Only then he could be overpowered.

Initially it was thought that Al S. attacked people with a terrorist intent, partly because he would have shouted ‘Allahu akbar’. “The police wanted to kill me, I fled a war, it seemed like I was in Afghanistan,” Al S. said to the judges.

According to him, it is customary to call ‘Allahu akbar’ if you think you are going to die. Al S. is not religious. He also emphasized several times that he had never intended to attack or injure anyone.

The suspect lived in Sweden

The suspect had lived in Sweden for several years after he had fled the war in his home country. In Syria, according to his family, he was arrested and tortured, among other things.

Al S. was visiting family in the Netherlands. His brothers have stated that the man had been completely confused for some time. He had lost his job, his relationship was stranded and his asylum claim in Sweden had been rejected.

When agents shoot, it is customary for the national investigation department to investigate this. That has not yet been completed, but according to the preliminary judgment, the agents acted lawfully.

Confrontation between “Trump-youths” and a Indian activist Turns out to be a fake fabricated...

Greece has one of it’s best comeback in tourism of in 2018!

Sotiri Dimpinoudis - 16th January 2019
0
After a cold night with light to moderate frost everywhere, it will not be warmer during the day than -1 to +4...

Men (21) arrested who wanted to commit a attack on The...

“Eric Drouet never called for violence” the lawyer of the “yellow...

Sotiri Dimpinoudis - 25th January 2019
0
Amsterdam will secure mosques. According to the municipality, the chance of an attack is real. Jewish institutions in the city are already...